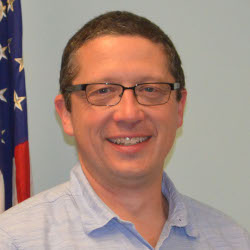 Born and raised in Cheshire, Tim attended Cheshire Public Schools and graduated in 1990. He graduated from Bryant University in 1994 with a degree in accounting.

Since 1994, Tim has primarily lived in Cheshire and worked in financial services, becoming a CPA in 2007.

From 2003 until 2010, Tim was an elected member of the Cheshire Town Council where he focused his efforts on good government principles (accountability, transparency, and responsiveness) and expediting America’s energy transition.

Since 2010, Tim has worked in Haiti, obtained his master’s degree in energy and the environment from Yale’s School of the Environment (YSE). He also married his wife, Carrie, and has two kids – Maddie, 6, and Devin, 5. His kids are the primary reason that Tim ran for the Board of Ed (BOE).

As a member of the BOE, Tim has advocated for: 1) Maintaining and increasing in-person schooling,
2) Availing remote attendance of meetings to BOE members and the public (post-pandemic),
3) Increasing the sustainability of our facilities, and
4) Balancing services and fiscally responsible budgets.