It's time to return the power to the people of Connecticut.

It's time to return the power to the people of Connecticut.

Recently it has been reported that Governor Lamont intends to seek ANOTHER extension of his emergency authority.

In an article published by the Yankee Institute back in July, the data trends were showing a sustained slow of infection, hospitalization and death rates. The legislature was called in to vote on extending the Governor's powers two months ago and every Republican voted no and they were joined by 13 Democrats who courageously broke from their party leadership. (The article contains the two vote tallies from July.)

And now he wants another extension! I say, "Enough is enough."

Please watch the following video where I use the CT Department of Public Health's own published data to illustrate the case that we are past the public health emergency stage of Covid-19. The needless continuation of mandates has been causing conflict and confusion for local governments, employers and our school systems. 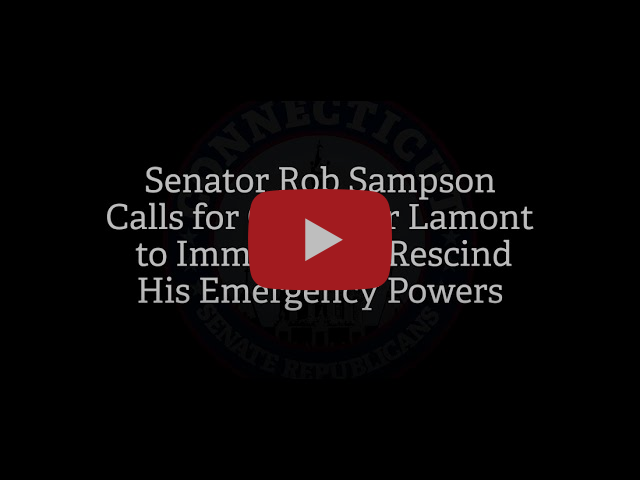 As noted in the video, I am still waiting on a response from the Connecticut Department of Public Health.

Will you join me and speak out to tell the Governor that it is time to end his emergency powers?

Can you believe that I wrote to the Governor almost-exactly ONE YEAR ago with the same request?

We can effect change - but it will take every one of us to be heard.